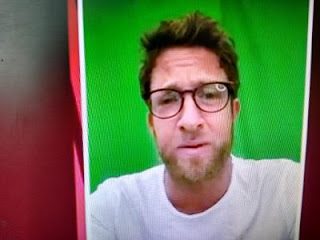 I gotta admit Dave Portnoy is an okay dude.

He's the common guy with a lot of common sense in this crazy world we live in.  Also, he's done a huge by helping struggling small businesses by raising a lot of money to help them manage their way through this pandemic.

NY Post reports Dave Portnoy wants investors to get their heads out of the gutter.

The Barstool Sports boss brushed off speculation that his latest leaked sex tape was weighing on Penn National Gaming’s stock price this week.

Portnoy addressed the leak Tuesday as shares of the casino company that owns about a third of his Barstool empire slid roughly 2.6 percent to end the day at $104.09.

“A stock is down because somebody has consensual sex? Are you f—ing kidding me?” Portnoy said in a profane video he posted to Twitter, urging his 2.4 million followers to buy Penn’s shares while the price was lower.