Dr. Fauci Did lie to Congress and documentation provided by Sen. Rand Paul proves it 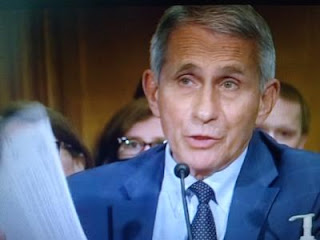 If we had an honest journalist in this country this woulbe the biggest story in this century.  But, we don’t have honest media in the U.S. and how they continue to coddle Dr. Anth

ony Fauci, who has more things in common with Adolf Hitler, is beyond belief.

Fauci belongs in prison!  But, CNN, MNNBC, the New York Times and the Washington Post are pulling out all the stops blasting propaganda to keep millions of Americans in the dark!