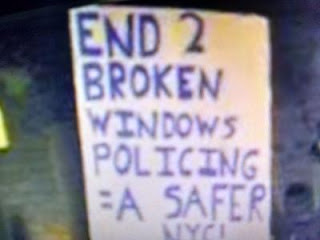 The experimentation of progressive policies in New York, Chicago and Los Angeles have to be a miserable failures.  Voters in all those cities, especially New York, were told that "broken widowers" and "stop and frisk" were racist.

It was a vicious lie from the Democrat party to get people of color to vote for them.  The saddest part  is their views on criminal justice favor criminals instead of crime victims.