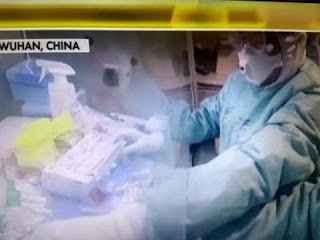 If we had honest journalists, then this would be the biggest story of the century.

But, the MSM is a bunch of corrupt agenda driven activists!

NY Post reports COVID-19 leaked from the controversial Wuhan lab sometime before Sept. 12, 2019 — with China’s Communist Party keeping the deadly virus under wraps in the “greatest coverup of all time,” according to a damning Republican investigation into the origins released Monday.

The report shows “a preponderance of the evidence proves that all roads lead” to the Wuhan Institute of Virology, the bat-research lab already eyed as a source for the pandemic, according to Rep. Michael McCaul.

“It is our belief the virus leaked sometime in late August or early September 2019,” said McCaul, the lead Republican in the House Foreign Affairs Committee who released the report.