Why is Eric Adams deserving to be mayor of New York when he's a fraud in progress? 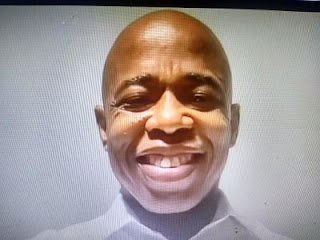 So far I read in the papers that Democrat candidate, Eric Adams, is a shoe in to become the next mayor of New York.

Is it because there's a 7:1 Democrat advantage over Republicans on the voter rolls?  Is it as simple as that?  I find it very hard to believe that Democrats in the city are so brain dead that their unable to look around this city and ask a simple question.

How did we get here?

Why is it that crime is out of control?  Why is there increase in homelessness?  Why is New York City resembling Bangladesh?  Shanty towns wherever you look.  Graffiti all over the walls.  People defecating and urinating on the streets like it's no big deal.

The answer is really simple.

Progressive policies got us all here.  People need to recognize that quickly because these progressive run the mayor's office, the city council, and the state capital.

THAT’S HOW WE GOT HERE!

So Mr. and Mrs. Democrat?  Are you going to blindly vote for the same party that has gotten us in all this mess?  Why?  For what?

Do you really think Eric Adams is the solution?  No he's not!  Adams is running a Trojan horse campaign sounding very much like Donald Trump or a conservative. Democrats do that all the time: they run as conservatives to trick voters into thinking they're a different kind of Democrat.  But, after they win they go right back to what they always were.

Eric Adams is a fraud!

He's a dishonest man looking to get elected and trying to come off what he's not.

Don't fall for it!

New York needs to do an about face.  Eric Adams is Bill de Blasio 2.0.  Under Adams progressive policies WILL CONTINUE!  Democrat voters need to wake up!  Adams is a fraud in progress!