In the Shadow of the Freedom Tower Driver Mows Down Bike Path Pedestrians, Cyclists 8 DEAD; 15 INJURED 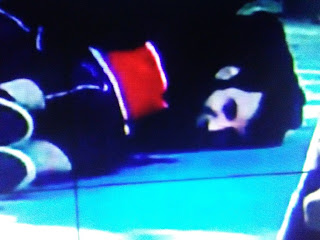 I work not too far away from where this happened.
I'm sad, angry, shocked, and worried for the families who lost loved ones and who got injured.  When is this going to stop?

ABC 7 reports a man in a rented pickup truck mowed down pedestrians and cyclists along a busy bike path in New York City Tuesday, killing at least eight and injuring 11 others in what the mayor called "a particularly cowardly act of terror."

The driver was shot in the abdomen by police and taken into custody after jumping out of the truck with what turned out to be a fake gun in each hand and shouting "Allahu Akbar!" officials said. His condition was not immediately released.

The incident happened just after 3 p.m. ET on the bike path that runs along the West Side Highway in Lower Manhattan.

NYPD officials said a truck driven by a 29-year-old man entered the West Street pedestrian/bike path a few blocks north of Chambers Street. It proceeded to strike multiple people on the path.