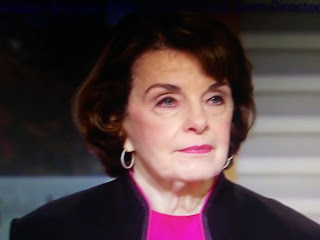 This is only the beginning throughout the wacky Democrat Party.
Watch how they will go more hard Left

Her main challenger, State Senate leader Kevin de León, won the support of 54 percent of the delegates at the state party convention here this weekend, short of the 60 percent needed to secure the party endorsement. Feinstein received only 37 percent of the votes.

The rebuke of Feinstein by the party delegates comes even though the 25-year incumbent has led polls by wide margins and has received broad support from state party luminaries like Sen. Kamala Harris and House Minority Leader Nancy Pelosi.