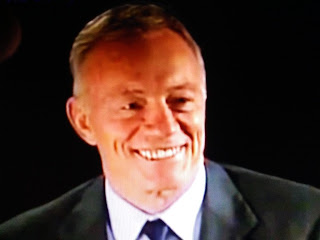 It's about time an NFL owner got in control of the asylum.

Sports Day reports Cowboys owner Jerry Jones said Sunday that any of his players who disrespect the flag during the national anthem won't play in games.

Jones is the first NFL owner to publicly make a stand about disciplining players who kneel during the anthem. Jones didn't specify what kind of other demonstration he would consider disrespectful.

Cowboys defensive linemen Damontre' Moore and David Irving stood alongside teammates during the national anthem before Sunday's home game against Green Bay at AT&T Stadium. At the conclusion of the anthem, the two players raised their fists.