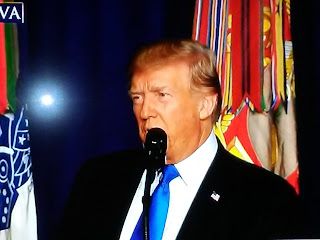 These reforms sounds awful good to me and millions of other Americans to repair the damage done by the Obama regime.

Politico reports President Donald Trump laid out his immigration principles for Capitol Hill on Sunday — a list of hardline policies that could seriously complicate the prospects of striking a deal with Democrats over the future of hundreds of thousands of young undocumented immigrants.

“The priority for Congress ought to be to save American lives, protect American jobs and improve the well-being of American communities. These reforms accomplish that,” a senior administration official told reporters on Sunday night. “They live up to the president’s campaign commitment to have an immigration system that puts the needs of hardworking Americans first.”