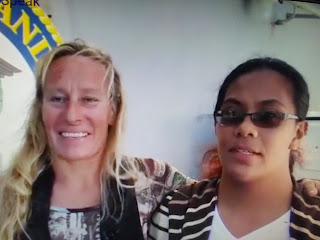 I thought their story sounded fishy from the start.
How can a boat be lost at sea for five months in this day and age?

NY Post reports the U.S. Coast Guard said Monday that the two Hawaii women who were lost at sea for five months had an emergency beacon aboard their sailboat that was never activated.
U.S. Coast Guard spokesman Lt. Scott Carr told The Associated Press that their review of the incident and subsequent interviews with the survivors revealed that they had the Emergency Position Indicating Radio Beacon (EPIRB) aboard but never turned it on.
When asked if the two had the radio beacon aboard, the women told the AP on Friday they had a number of other communications devices, but they didn’t mention the EPIRB.