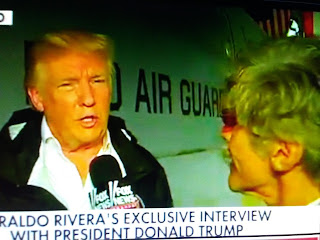 That's exactly what needs to happen given the devastation that has occurred by a once in a hundred yeas storm.
That money can be written off by Wall Street and reinvestment put back into Puerto Rico.  Everybody wins!

“We’re going to work something out. We have to look at their whole debt structure. You know they owe a lot of money to your friends on Wall Street, and we’re going to have to wipe that out,” Trump said in an interview with Fox News’ Geraldo Rivera during his visit to Puerto Rico earlier on Tuesday.