She wears the pants! : Kaepernick’s girlfriend says his soft self won’t be standing for anthem 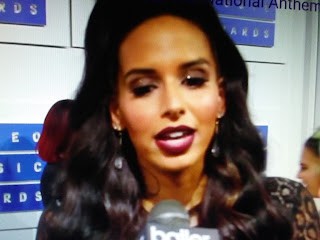 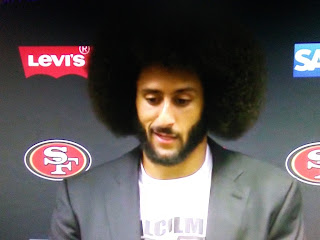 Well it's clear to see who runs this relationship.
I didn't know Kaepernick was so soft.  Brother needs to man up and stop letting his woman tell him what to do.


NY Post reports pro-football quarterback Colin Kaepernick has no plans to stand for the national anthem if he gets another job in the league, his girlfriend said Sunday, following reports he would spike his protest given a second shot.

“The reports that Colin will stand for the anthem are completely false! He has never discussed this with anyone,” tweeted Kaepernick’s gal pal, Nessa Diab, after stories that he would change his tune to land a job surfaced again Sunday.
Kaepernick quoted Winston Churchill in own tweet Sunday, also implying that reports were false.