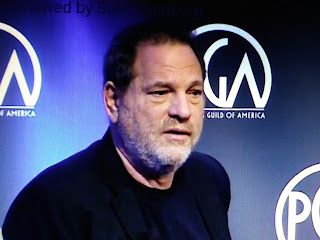 The wheels are coming off for one of the most powerful forces in Hollywood that was allowed to be a sexual predator for so long because he's a Liberal.

NY Post reports Harvey Weinstein has been fired from the Weinstein Company — effective immediately, according to its board of directors.
The decision to remove him was announced Sunday night in a statement.

Looks like Harvey's brother Bobby helped kick him to the curb.