TRUMP: 'Hoax is turned around' How Ruusian collusion story blew up on the Democrats 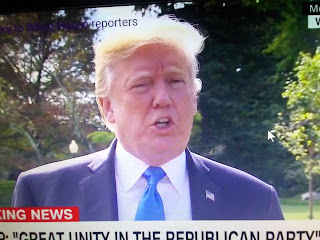 Ka-BOOM!  It's all coming out, the dirty plan to destroy Trump that turns out to be Russian collusion with the Clintons and the Democrat National Committee.

“They’re embarrassed by it, but I think it’s a disgrace,” Trump told reporters, before heading to Texas for a briefing on Hurricane Harvey recovery efforts and a Republican fundraiser. “It’s a very sad commentary on politics in this country.”