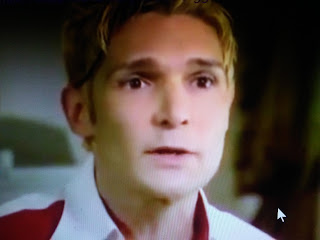 From Elijah Wood last summer who said Hollywood has a pedophile problem, to the Harvey Weinstein relaxations, to Corey Feldman who's been trying to tell his story for years
only to get rebuffed by powerful forces in Hollywood, it's all coming out!

CBS News reports after announcing last week that he plans to out pedophiles in Hollywood, Corey Feldman has named two men he claims abused him. On "The Dr. Oz Show," Feldman named former co-star Jon Grissom and showed his photo on air, claiming the man sexually assaulted him in the 1980s. Later, Feldman went on Twitter to clarify that the man's name is Jon Grissom, not John Grissom, who is another actor.
Feldman called Santa Barbara law enforcement officials to report the allegations on "The Dr. Oz Show." Grissom is the second man Haim has named. On Monday, Feldman told Megyn Kelly on "Today" that former child talent manager and convicted sex offender Marty Weiss was one of his former abusers.

On "The Dr. Oz Show," host Dr. Mehmet Oz held up a photo of Grissom and Feldman said, "That's the guy."