Maxine Waters: Trump Is ‘The Most Despicable Human Being That Could Possibly Ever Walk The Earth’ [VIDEO] 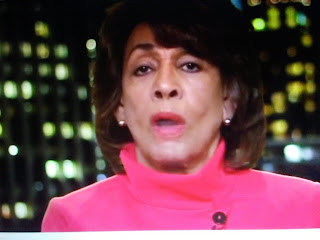 The worst that could ever possibly walk the Earth?
Worst that ISIS?  Worst than that thug who raped a woman who used a walkerlast week in NYC?  But, according to Maxine, Trump is worse.  This bubblehead  is the gift that keeps on giving.  She's such an idiot that does nothing In Congress  other than bash Trump and collect graft.  That's all she's good for.


Daily Caller reports Democratic Rep. Maxine Waters took her anti-Trump rhetoric to a new level Friday, referring to President Trump as “the most despicable human being that could possibly ever walk the earth.”

Waters was a guest on MSNBC’s “All In With Chris Hayes” with guest host Joy Reid when she just couldn’t hold back her angry rhetoric.