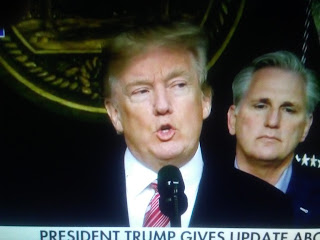 I think the buzz over this book written by alleged homosexual author Michael Wolff is going to fade relatively quickly.
Like so many things promulgated by Liberals, their foundation is based on lies.  Despite the cries and aches from these lunatics, Trump is showing to be a very effective president. Wolff will get his 15 minutes then fade back to obscurity with the rest of them.

Fox News reports President Trump hit back at suggestions and accusations that he's intellectually and emotionally unfit to be the leader of the United States, tweeting, “my two greatest assets have been mental stability and being, like, really smart.”
Essentially since the start of the Trump presidency, the liberal media and Democrats have argued that the former businessman is unfit to run the country.
In an early Saturday morning tirade, Trump slammed the “Fake News Mainstream Media” for questioning his mental fitness on the heels of the newly released book, “Fire and Fury: Inside the Trump White House,” which brought the argument to full force earlier this week.
“Now that Russian collusion, after one year of intense study, has proven to be a total hoax on the American public, the Democrats and their lapdogs, the Fake News Mainstream Media, are taking out the old Ronald Reagan playbook and screaming mental stability and intelligence.....”