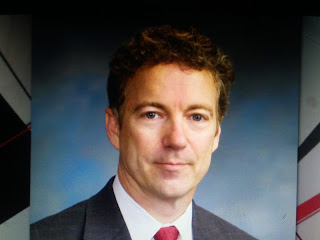 I think there's even more foreign aid that can be better used for projects here at home.
How about the U.N. funding?

In a tweet Thursday, Rand, a Kentucky Republican, said he planned to introduce his proposal soon.
"My bill will take the money that would have gone to Pakistan and put it in an infrastructure fund to build roads and bridges here at home," the senator tweeted.