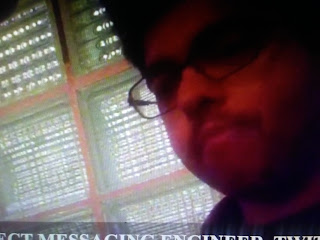 I'm firmly convinced that my blog,
The Last Tradition, is a victim of shadow banning.  I used to get three to four followers a week.  And it stopped cold in the months before the election and it hasn't picked up since.

Project Veritas  reports Steven Pierre, Twitter engineer explains “shadow banning,” says “it’s going to ban a way of talking”
Former Twitter software engineer Abhinav Vadrevu on shadow banning: “they just think that no one is engaging with their content, when in reality, no one is seeing it”
Former Twitter Content Review Agent Mo Norai explains banning process: “if it was a pro-Trump thing and I’m anti-Trump… I banned his whole account… it’s at your discretion”
When asked if banning process was an unwritten rule, Norai adds “Very. A lot of unwritten rules… It was never written it was more said”
Olinda Hassan, Policy Manager for Twitter Trust and Safety explains, “we’re trying to ‘down rank’… shitty people to not show up,” “we’re working [that] on right now”
“Shadow banning” to be used to stealthily target political views- former Twitter engineer says, “that’s a thing”