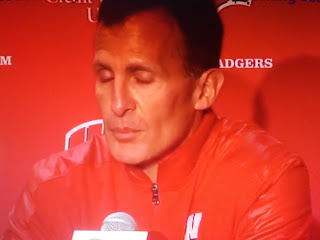 I can understand being mad and maybe the Russians were indeed running the score.
But Tony Granato ends up looking small for refusing to shake hands, I think.

US men’s hockey coach didn’t extend his hand to his Russian counterpart at the end of Saturday’s brutal 4-0 loss — because he probably wanted to give him the finger.

The former New York Ranger blew off the traditional postgame handshake with Russia’s Oleg Znarok, charging Team OAR (Olympic Athletes from Russia) was trying to run up the score when the game was no longer in doubt.

NBC analyst Pierre McGuire said on the broadcast that Granato was “furious” when Team OAR sent out their top power-play unit with less than two minutes remaining in the game.

“I didn’t like it. It was 4-0,” Granato told reporters afterwards.