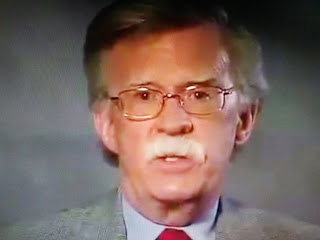 I guess Tim Kaine wanted to remind the country that he exits.
I sure forgot who he was.  As far as his criticism of Bolton.  It's just plain silly and a cry for attention.

Fox News reports incoming national security adviser John Bolton defended himself Sunday after a Democratic senator questioned whether he would be able to obtain the necessary security clearance over a video speech Bolton gave to a Russian pro-gun rights group in 2013.
On Saturday, Sen. Tim Kaine, D-Va., tweeted out a National Public Radio report about the group Bolton spoke to, known as The Right To Bear Arms. The NPR report described one of the group's founders, Alexander Torshin, as an ally of Russian President Vladimir Putin who served as the deputy speaker of Russia's parliament for more than 10 years.
"Can John Bolton even get a security clearance?" Kaine asked rhetorically. "Ties to Russian allies of Vladimir Putin?"