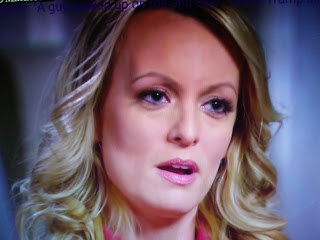 I should very much hope Dems chose Stormy Daniels as a campaign issue.
It would tell everyone that they have nothing else to offer voters worth voting for.  This isiisue was forever taken off the table with Bill Clinton and his bad behavior.  That's why 24/7 Stormy by the corrupt media is having zero affect on Trump's numbers.  Been there done that.

While charges of sexual harassment against Trump didn’t cost him the 2016 presidential election against Hillary Clinton, Democrats say the “Me Too” movement has changed the political zeitgeist.
One top Democratic strategist acknowledged the issue was “complicated” because “no one voted for Donald Trump on the basis of his personal morals.”