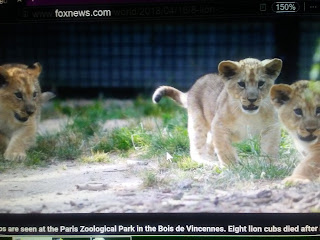 This is heartless for people to do!

The report said hyenas likely devoured the dead lions prior to when researchers located the carcasses and bones on April 10 near a town called Mweya. It is believed that the lions ingested a poison called alibcarb, which causes difficulty breathing and suffocation.