Steven Spielberg First Director to Cross $10B at Box Office... 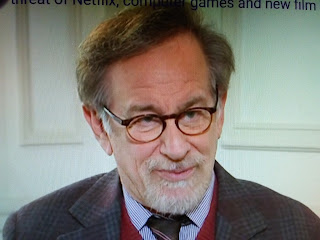 Spielberg has been one of my favorite directors ever since I saw JAWS as a kid.
Tremendous talent!

MovieWeb reports Steven Spielberg is far and away, financially speaking, the most successful director of all time. Thanks to the success of Ready Player One at the box office, Spielberg's movies have now grossed over $10 billion worldwide. He's the first director to accomplish this feat and nobody else is even close. So, not only is he one of the most beloved and respected directors to ever do it, he's quantifiably one of the most successful.

Ready Player One, which is based on the novel of the same name by Ernest Cline, has grossed $474.8 million worldwide so far. That has helped push Steven Spielberg's body of work to $10.009 billion. In total, there are 27 movies that make up this impressive figure, dating back to 1989's Always, which is his lowest-grossing effort to date with $74.1 million. Spielberg also has his recent Oscar-favorite The Post to thank for pushing him past this landmark, as that movie brought in $174.4 million worldwide.