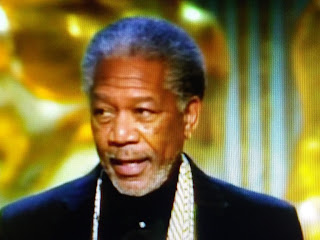 Have you need noticed that the overwhelming majority of these allegations involve Democrats?

CNN reports a young production assistant thought she had landed the job of her dreams when, in the summer of 2015, she started work on "Going In Style," a bank heist comedy starring Morgan Freeman, Michael Caine and Alan Arkin.

But the job quickly devolved into several months of harassment, she told CNN. She alleges that Freeman subjected her to unwanted touching and comments about her figure and clothing on a near-daily basis. Freeman would rest his hand on her lower back or rub her lower back, she said.

In one incident, she said, Freeman "kept trying to lift up my skirt and asking if I was wearing underwear." He never successfully lifted her skirt, she said -- he would touch it and try to lift it, she would move away, and then he'd try again. Eventually, she said, "Alan [Arkin] made a comment telling him to stop. Morgan got freaked out and didn't know what to say."