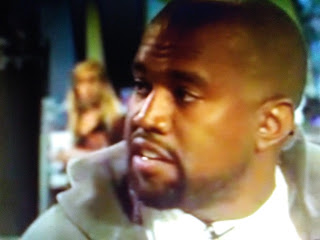 Here's the bottom line.  Kanye is right!
I've been saying the same thing for over 30 years.  Black people are socialized to think in a Democrat-Liberal mindset-only.  There's no freedom of thought allowed because if you don’t think the group think, one is accused of being unauthentic Black.  In other words, it's slavery of the mind being forced to stay on the Democrat-Liberal plantation.  Black people lie to themselves by saying it's not true.  Kanye is the one breaking away the chains and saying I will be what I wanna be.  That's choosing freedom over slavery and other Black med to follow the say path if they want to be free.

The first of these occurred early in the program when he was asked to respond to a statement made by Tha Dogg Pound rapper Daz Dillinger last week in which he said that he wanted members of the Crips to assault Kanye for referring to President Trump as his 'brother.'
'I said wow, this is really like the Malcolm X movie. They are really going to send some black people out to me,' said Kanye.

He then went on to say: 'You can live through an a** whipping. Probably the idea is to beat sense into me. But when you hear about slavery for 400 years. For 400 years? That sounds like a choice.'