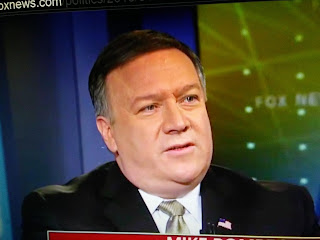 Iran is a rogue nation!  This is what rogue nations do!  And President Obama and Secretary of State John Kerry were idiots
to think they made a deal to keep then from developing nuclear weapons.  It was a pipe dream negotiated by incompetent leadership.


CNS News reports as Secretary of State Mike Pompeo flew to Washington from the Middle East late Monday night, he assured reporters that documents released by Israel relating to Iran’s nuclear weapons program were both “authentic” and included new revelations.