Passenger Urinates On Seat During Flight on Purpose 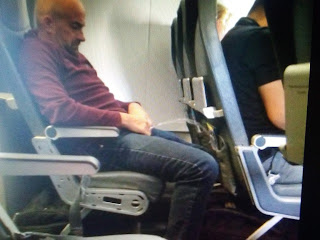 I think this guy was raised in a barn.

CBS Denver reports Frontier Airlines says they are aware of a recent situation aboard a flight from Denver to South Carolina in which a passenger allegedly urinated on the passenger’s seat in front of him.

According to another passenger on the flight, the man, later identified in FBI documents as Michael Allen Haag, urinated on the seat in front of hers after being kicked out of his previous seat for inappropriate behavior.

The FBI told CBS4 that Haag has a Boulder address listed as his residence.
The passenger told CBS4’s Dillon Thomas she was sitting in the same row as Haag, across the aisle, when he unbuckled his seat belt and urinated on the back of the chair.