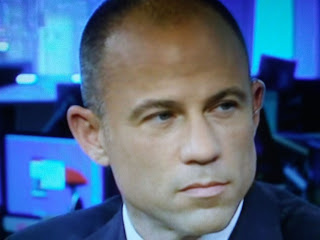 That's how good a business man Avenatti is.

Fox News reports a law firm managed by Michael Avenatti, the attorney representing adult-film star Stormy Daniels in her lawsuit against President Trump and his personal attorney, was ordered to pay $10 million Tuesday to a lawyer who claimed that the firm had misstated its profits and that he was owed millions.

The Los Angeles Times reported the judgment by a U.S. bankruptcy court in southern California against the Eagan Avenatti law firm.

"At this point, that's what's appropriate," Judge Catherine Bauer said of the award, according to the paper.