'They would probably be the last three people that we would look to for advice and counsel': White House skewers Obama, Hillary and Kerry for saying Trump was wrong to pull out of Iran deal 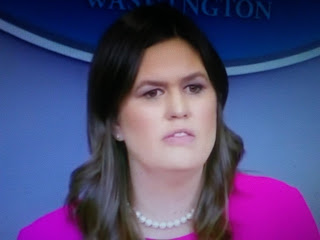 It's would be a mistake to ask these clowns directions.

Daily Mail reports the White House ripped former President Obama and his secretaries of state on Wednesday after they derided President Donald Trump's decision to pull out of the Iran deal as mistake.
Obama in his statement slamming sitting President Donald Trump's sanctions on Iran called for 'principled, fact-based, and unifying leadership that can best secure our country and uphold our responsibilities around the globe.'
Clinton crowed that American's 'credibility is shot' and 'Iran is free to do what it wants' now that the U.S. has no leverage.
Kerry argued that Trump's announcement 'weakens our security, breaks America's word' and 'isolates us from our European allies,' among other things.