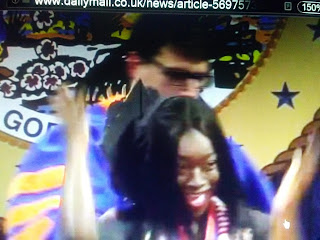 This whole thing looks like an SNL skit.
There may have been a better way of handling the situation.  But, to call it a racist incidence is way over the top.

Daily Mail reports the University of Florida is facing allegations of racism after a faculty member forcibly yanked several minority students off the stage during their graduation ceremony.

Shocking video shows the graduates walk across the stage to receive their diplomas as their names are called.

But when some students take a moment to do a celebratory dance, a white male in regalia aggressively grabs them to move them along.

The videos has sparked outrage by alumni, parents and current students who claim the staff member was only physical with black and other minority students.

The incident forced the University of Florida president to issue an apology for the 'inappropriately aggressive' behavior.