A Kid Like Jake: Hollywood's Attack on Traditional Gender Roles: 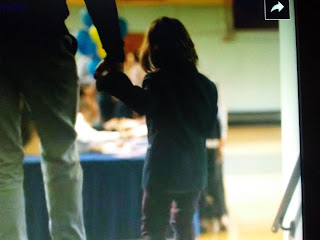 There's only two genders in the world male and female.
That's the way God created us and that's the way we all should be.  Boys grow up to be men, and girls grow up to be women.  Pretty simple.  Nothing complicated.  That's until Liberals get involved.

Leftists argue differently. To push this point the powers that be in Hollywood, the cesspool of American culture, are releasing a film about a four year boy who believes he's a girl.  The PC thing to do in Lib world is to let little Jake be as much of a girl as he wants instead of redirecting his views like good parents should.
at 6/13/2018 09:32:00 PM

Email ThisBlogThis!Share to TwitterShare to FacebookShare to Pinterest
Labels: films