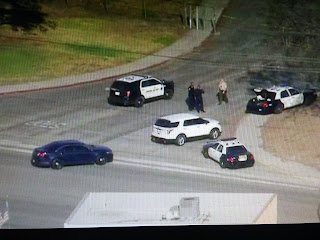 This is really scary deal!

LA Times reports a Cal Poly Pomona security officer was killed Friday in a violent altercation that ended when police fatally shot the attacker.
Pomona Police Chief Michael Olivieri announced the incident on Twitter and said one of his agency’s officers had been involved in the shooting.

A law enforcement source with knowledge of the incident told The Times that the security officer, 37, was stabbed and slashed in the neck. When police arrived, officers opened fire on the 31-year-old male suspect.