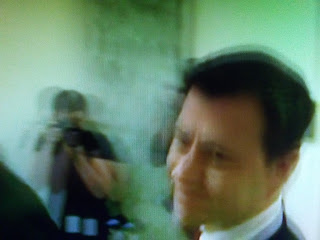 The reason this asshole, Peter Strzok, has an attitude is because he knows nothing is going to happen to him.
Has anything substantial happened to any DOJ or FBI personnel involved in corruption?  No!  So why should Peter Strzok worry?

Fox News reports embattled FBI official Peter Strzok was “smug” and “laughed off” questions during his closed-door congressional interview this week, though also told lawmakers he regrets sending the anti-Trump texts that made him the poster child for bureau bias, congressional sources tell Fox News.

Strzok spoke behind closed doors before the House Judiciary Committee on Wednesday, in his first congressional appearance following revelations of numerous anti-Trump messages he exchanged with bureau colleague Lisa Page during the 2016 campaign.

“Strzok was smug, defiant, and laughed off a lot of questions,” one congressional source told Fox News following the interview. The source also echoed earlier reports that Strzok refused to answer some questions on the advice of counsel.