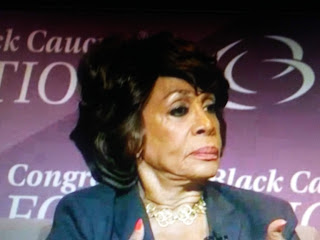 You're the one who put it out there, Maxine.  You idiot!

The California Democrat canceled two scheduled appearances in Alabama and Texas this weekend after saying she got threatening messages and "hostile mail" at her office, including "one very serious death threat" on Monday from an individual in Texas.

"As the President has continued to lie and falsely claim that I encouraged people to assault his supporters, while also offering a veiled threat that I should 'be careful', even more individuals are leaving (threatening) messages and sending hostile mail to my office," she said in a statement.