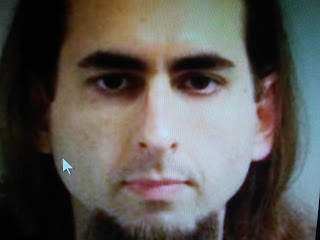 This a very weird story indeed.  This guy had some series beef with this newspaper.

CBS News reports the suspect in the deadly shooting at a Maryland newspaper building has been identified as 38-year-old Jarrod Ramos of Laurel, Maryland, law enforcement sources tell CBS News.

Ramos is suspected of opening fire Thursday at the offices of Capital Gazette in Annapolis, Maryland, and fatally shooting five people while injuring others. He allegedly used a shotgun and was carrying smoke grenades or flash-bang grenades when he was apprehended, police said.

"This was a targeted attack on the Capital Gazette," Anne Arundel County acting police chief Bill Krampf said at a press conference Thursday evening. Krampf declined to name the suspect. "This person was prepared to shoot people. His intent was to cause harm."