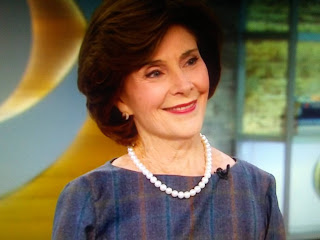 Laura Bush has been nothing but class her entire time in the public eye as First Lady.

However, she took a giant step backward in class lending her voice to a corrupt media faux controversy of children being separated  from their illegal alien parents at the border.

This policy has existed since 1997.  I don't recall Laura Bush ever speaking out against it when her husband was president.

But, all of sudden when Donald Trump is commander-in-chief Laura Bush noticed?  I don't think Laura is mad about the children.  She still has gotten over how  Jeb was vanquished by Trump during the 2016 presidential run.
at 6/19/2018 06:55:00 AM