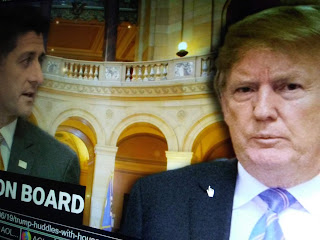 I said yesterday on Facebook that the family separation issue was a loser for Trump and a gift to the Democrats politically.
Addressing the issue and remove the optics that benefit the Dems is the smart move.

After the meeting broke up, the White House announced that Trump had endorsed legislation negotiated between GOP leaders and moderate Republicans that promises to "solve the border crisis and family separation issue by allowing for family detention and removal."

A person in the room told Fox News that Trump also endorsed an immigration bill authored by conservative Rep. Bob Goodlatte, R-Va., but that measure is not expected to pass the House.