Intern For Democrat Senator Yelled At President Across The Capitol Rotunda 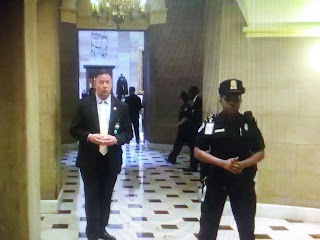 It's only a matter of time this intern's life will change.  In not a good way.

Daily Caller reports the identity of a woman who yelled “F*** Trump” at President Donald Trump across the Capitol Rotunda was revealed on Monday as a Democratic Senate intern — and reports indicate that she will not lose her position as a result of her actions.

“NEW: Congressional Intern who cursed at Trump across the Capitol Rotunda has been identified. Is currently interning in the office of Sen. Maggie Hassan (D-NH). Fox is told they have not been terminated and will continue to work there through August, per Fox’s Chad Pergram,” tweeted Fox News Sunday producer Pat Ward.