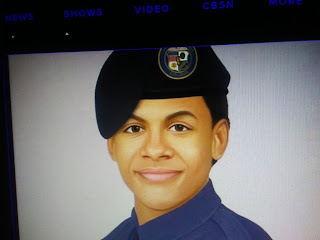 It was disgusting what happened to this kid.

Six suspects were extradited from New Jersey and appeared in court earlier to face murder charges.

Funeral services were held at Our Lady of Mount Carmel Church in the Bronx for Guzman-Feliz, affectionately known as Junior, who was attacked by a gang of men outside a bodega June 20. He collapsed and died while running to a nearby hospital after being stabbed and slashed in the neck with a machete.

"We are gathered here in shock, silence and pain," the Rev. David Guzman said in Spanish. "Today, a shadow of sadness covers us, Lesandro's family, the Bronx, but also New York City and the whole world."