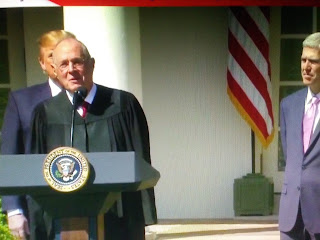 This is going to be a explosive battle with the Democrats.
But, in the process Trump gets to put another strong conservative on SCOTUS.  Meanwhile, the Dems will expose themselves as the radicals they really are.

Kennedy’s departure was announced Wednesday afternoon, several hours after the justices released the final decisions of its current term.

“For a member of the legal profession it is the highest honor to serve on this Court,” he wrote in a letter to President Donald Trump. “Please permit me by this letter to express my profound gratitude for having had the privilege to seek in each case how best to know, interpret, and defend the Constitution.”