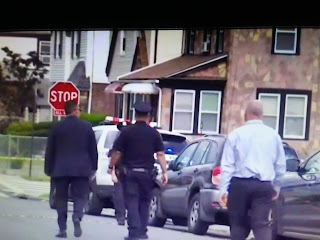 This is stunning and not too far from where I live.

NBC News reports a 58-year-old man was stabbed to death outside his own home in the St. Albans section of Queens on Thursday morning, police say.

The victim, later identified as Mario Cesar, suffered multiple stab wounds to the body. He was found unresponsive in the driveway of his home on 116 Avenue when NYPD arrived on the scene at around 9:30