Clinton 'son' slams former president for showing compassion for immigrant children but 'abandoning his own'... 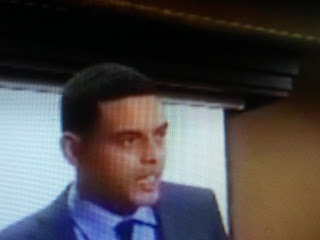 What's so telling is how little the corrupt media cares about this story.
There's hardly anyone at the press conference.


Daily Mail reports the self-proclaimed love child of Bill Clinton has eviscerated the former president on Twitter for showing compassion for the immigrant children separated from their families at the border but abandoning him.

Danney Williams, 32, has long claimed that his mother Bobbie Ann, a former prostitute, met Clinton in Little Rock, Arkansas in 1984 and became pregnant after one of her 13 trysts with the then-governor.

Williams, a father-of-five, has repeatedly appealed to Clinton to publicly acknowledge him as his son.
On Tuesday, Williams posted a picture of Bill Clinton and his statement on the immigration crisis:

'On this Father's Day I'm thinking of the thousands of children separated from their parents at the border. These children should not be a negotiating tool. And reuniting them with their families would reaffirm America's belief in & support for all parents who love their