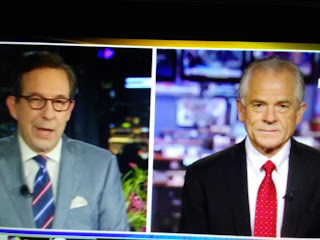 President Trump was elected by the American people to upset the status quo on trade that screws the American worker and the country.
Other countries love to sell their products to the United States.  We should be able to do likewise in their counties without tariffs against us.


Fox News reports there is a "special place in hell" for Canadian Prime Minister Justin Trudeau because of his decision to slam the U.S. in a post-G7 press conference, White House Director of Trade Policy Peter Navarro said on "Fox News Sunday."

"There's a special place in hell for any foreign leader that engages in bad faith diplomacy with President Donald J. Trump and then tries to stab him in the back on the way out the door," Navarro said. "And that's what bad faith Justin Trudeau did with that stunt press conference. That's what weak, dishonest Justin Trudeau did. And that comes right from Air Force One."

Shortly after Trump left the G7 summit, where the world leaders had reached a tentative agreement on a joint statement, Trudeau held a press conference in which he said that Canada will not be "pushed around" by the U.S. and called Trump's tariffs "unjust."