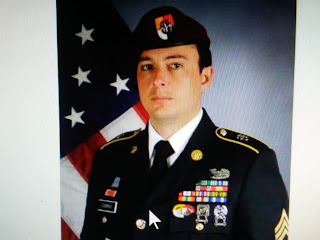 It's horrible news when we lose one of our special forces.
These guys are amazing!

ABC News reports an American service member was killed in Somalia Friday and four others were wounded in a firefight with Al Shabab fighters, according to U.S. Africa Command (Africom).

"During an operation June 8, 2018, in Jubaland, Somalia, one U.S. Special Operations member was killed and four U.S. service members and one partner force was wounded as the result of an enemy attack," according to an Africom statement. "Names are being withheld pending next of kin notification. Our thoughts and prayers are with the families and friends of the service members."