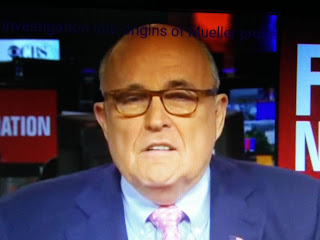 How long and how many different people have to call for the investigation of Robert Mueller?

Yahoo News reports Donald Trump's personal lawyer on Sunday called for an investigation into special counsel Robert Mueller's Russia probe, claiming it was tainted from the outset under former FBI director James Comey.
"We want the Mueller probe to be investigated the way the Trump administration has been investigated," Rudy Giuliani said on CNN's "State of the Union."
"This is a case where it's crying out for someone to investigate the investigators," he later told CBS.
Giuliani's comments were the latest in a barrage of attacks on the probe by the president and his lawyers as Mueller appears to be nearing a conclusion to his investigation into possible collusion between Trump's campaign and Moscow.