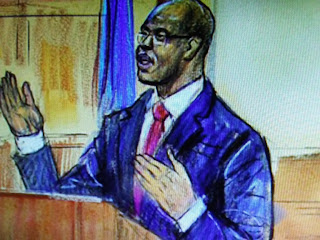 I think this case is a colossal waste of taxpayer money considering that the case has nothing to do with Donald Trump or colluding with the Russians.
So why is this trial taking place?

The 78-year-old Reagan-appointed judge, T.S. Ellis, sent jurors out of the courtroom several times as he reminded prosecutors that Manafort is not on trial for simply having a "lavish lifestyle."

Prosecutors have introduced a bevy of exhibits and are in the process of calling several witnesses as part of their effort to paint Manafort as a tax scofflaw who failed to report money spent on luxury items --  then lied to obtain bank loans when his foreign consulting work dried up.