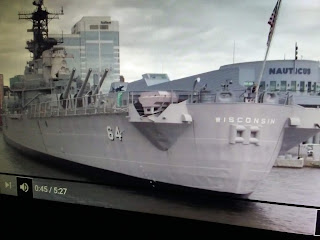 Gotta keep our ships out of harm's way even if it's Mother Nature.

Navy Times reports as Florence returned to hurricane status in the Atlantic, the Navy’s U.S. Fleet Forces Command ordered all ships in the Hampton Roads area to set Sortie Condition Bravo ahead of the storm.

Condition Bravo is a “warning order” set when onset of destructive weather conditions to the port are within approximately 48 hours. Navy officials set that condition Saturday, before tropical storm Florence strengthened to hurricane status on Sunday morning.

The weather in the Hampton Roads area is expected to worsen as the week progresses.
The storm could mess up a port visit for the Japanese destroyer Makinami, which entered port and tied up at Naval Station Norfolk, this morning, after operating with U.S. forces off the east coast in recent days.