How NYC Democrats screw Asian students in the name of diversity, Push for more Black and Latino students in elite schools 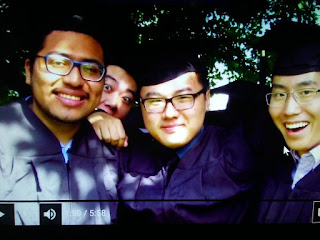 In New York City Liberals have devised a plan to do away with entrance test for the elite schools in the public school system.
These are the city's top schools comprised of the best of the best students.  But, Liberals see a problem because the percentage of Black and Latino students in these schools are low because they can't  score high enough to get in.

Moreover, there's another wrinkle.  Asian students, another minority group last time I checked, score the higher above all and make up the largest demographic in the elite schools.

That's a success story and these Asian students should be applauded.

However, Libs want more diversity and they'll destroy the best school s in New York to ge it.

NY Post reports Department of Education personnel visited one of the city’s top academic districts to sell their plan to change specialized high-school admissions — but an irate crowd of mostly Asian-American parents would have none of it.
Two DOE staffers tasked with presenting the proposal — aimed at boosting black and Hispanic enrollment — were repeatedly jeered at the raucous meeting of Community Education Council 20, a parental advisory group, Wednesday night in Brooklyn.
District 20, which includes Dyker Heights, Bay Ridge, Bensonhurst and parts of Sunset Park, sends a high proportion of its students to the city’s eight elite high schools under the current single-test admissions system.