Mental case-Rosie O’Donnell: Send Military To The White House To ‘Get’ Trump 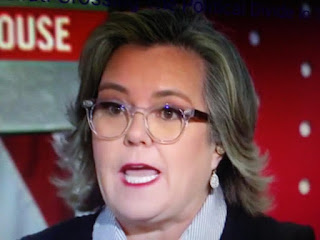 I think Rosie O'Donnell is literally insane.  So her appearing on MSNBC is appropriate because that station is a safe space for the mentally ill.

“I want to send the military to the White House to get him,” O’Donnell announced.
The MSNBC panel of journalists and pundits burst into laughter.

“I don’t know if I can top that,” Washington Post’s Eugene Robinson said amid the laughter. “That’s actually a pretty good idea.”